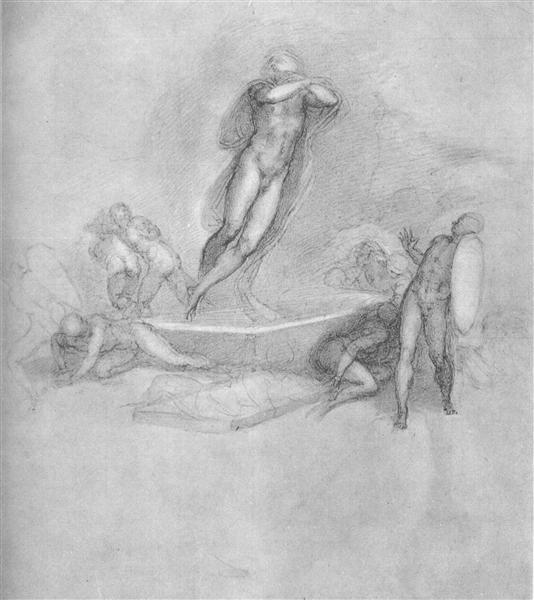 The story goes that little Johnny was asked about Easter. Johnny responded, “Isn’t that when Jesus comes out of his grave, looks around for his shadow, and then goes back in for six more weeks?”

Johnny had part of it right. Jesus rose from the dead.

Of course, in order to understand what Easter is about we need to know why Jesus was in the grave in the first place.

The stories of the Passion—the Suffering of Jesus in all four Gospels make it clear that Jesus was arrested, tried, and was nailed to cross in a collaborative effort between Temple authorities and the State. Jesus was a threat to both religious and secular order.

We’re familiar with his many conflicts and arguments with the Scribes and Pharisees  It’s clear from Gospels that the Temple authorities were keeping track of his many violations, and they were looking for opportunities to put an end to him and his heretical teachings.

The threat was that they had a religious system in place where the authorities and hierarchy were in control—where everyday behavior was regulated—where conformity to established norms was the order of the day, where wealth and privilege went to a select few. Jesus’ laser focus on justice and the welfare of all and his growing popularity couldn’t be ignored.

What may not be so obvious is why Jesus was perceived as a threat to the might of Rome. Empires maintain their hegemony by force and threat of violence. They understand that any challenge must be addressed forcefully before it grows and expands. The Pax Romana (the Peace of Rome) was based on violence. Military legions patrolled the Empire putting down both internal rebellion and external threats. Historians speak of how the Appian Way, the main road into the city, was lined with crosses—with bodies in various states of decay as a warning and means of social control. “Step out of line—and see what awaits you.”

Jesus’ followers had begun to refer to him as Messiah, Anointed One, Lord, Prince of Peace, Son of God, Born of a Virgin, Savior of the World—all titles and attributes affiliated with Augustus Caesar and the Emperor cult. When Jesus spoke of the Kingdom of God, he was talking about a realm that was in direct opposition to the Kingdom and the values of Rome.

The earliest creed of the church was the simple statement, “Jesus is Lord.” To make that affirmation was also to deny that “The Emperor is Lord.”

In the several days after Jesus’ Palm Procession into the City of Jerusalem, hailed as King and cheered by crowds, he overturned the tables of the moneychangers and merchants in the Temple—and called into question whether it was lawful to pay taxes to Caesar. They had to get rid of him.

So Jesus was arrested, found guilty of heresy by the Temple Authorities, guilty of sedition by Pilate, and crucified as punishment for his crimes. A mockery of his kingship and his kingdom was made with a crown of thorns, a purple robe, a cross as his throne, and a sign attached to the cross, announcing for all to see, that here reigns the King of the Jews.

The contrast between Jesus’ peaceable kingdom and the violence of his murderers was emphasized at the time of his arrest when one of his disciples raised a sword. “Put down the sword,” he said. “He who lives by the sword dies by the sword.”[1]

Biblical scholar Walter Brueggemann suggests that against this background, Easter is subversive of the death-dealing dominant culture with its focus on security, order, enforced social norms, short-term gains, and ignoring the common wealth that trades on fear, violence, and death.

There is a countertruth that surfaces in Christian worship. It is a small counterpoint without great voice or muscle. It has been a minority perspective for a very long time. The ones who practice the counterpoint know very well that ours is not and will not be a dominant voice. It is a sub-version of reality, one that sounds beneath the loud sounds of the dominant version, one that flies low beneath the radar surveillance of the dominant version.

This delicate tension between dominant version and sub-version, I believe, is the true character of worship. The claims made in the sub-version, claims such as “Christ is risen,” are a deeply felt, eagerly offered truth. And yet in its very utterance the community at worship knows that the facts on the ground, the data at hand, contradict this and give evidence that the odor of death is still very much in play.[3]

Johnny was right about Jesus coming out of his grave. But the Resurrection of Jesus is about so much more than simply one individual who escaped the tomb.

But we continue to affirm that “Jesus is Lord” and “Christ is Risen.” It may be a minority report. But that doesn’t lessen our confidence that it is the ultimate reality, rooted in the One who is the Ground of Our Being.

We live in an age of violence and death, real, imagined, threatened. Gun violence, terrorism, nuclear sword-rattling, Climate Change, and this past year, a Global Pandemic. Some days that’s all that we can see or hear. Easter invites to embrace the alternate vision of a non-violent order and a different way—where lions lay down with lambs, where swords are beaten into plowshares, where universal human rights are connected to universal resurrection, where death is not the last word. This is the poetry, the deep meaning of Easter.

“The church, by its words and by its odd acts of generosity and emancipation, opens the world to new possibility that make all the old possibilities impotent . . . .  The powers of death did their best—or their worst—on Friday; those powers did not prevail. They are shown to be helpless before God’s power for life. And the church continues to mock death and to celebrate God’s gift of life that will not be defeated.”[4]

The Lord is risen, indeed! Alleluia.