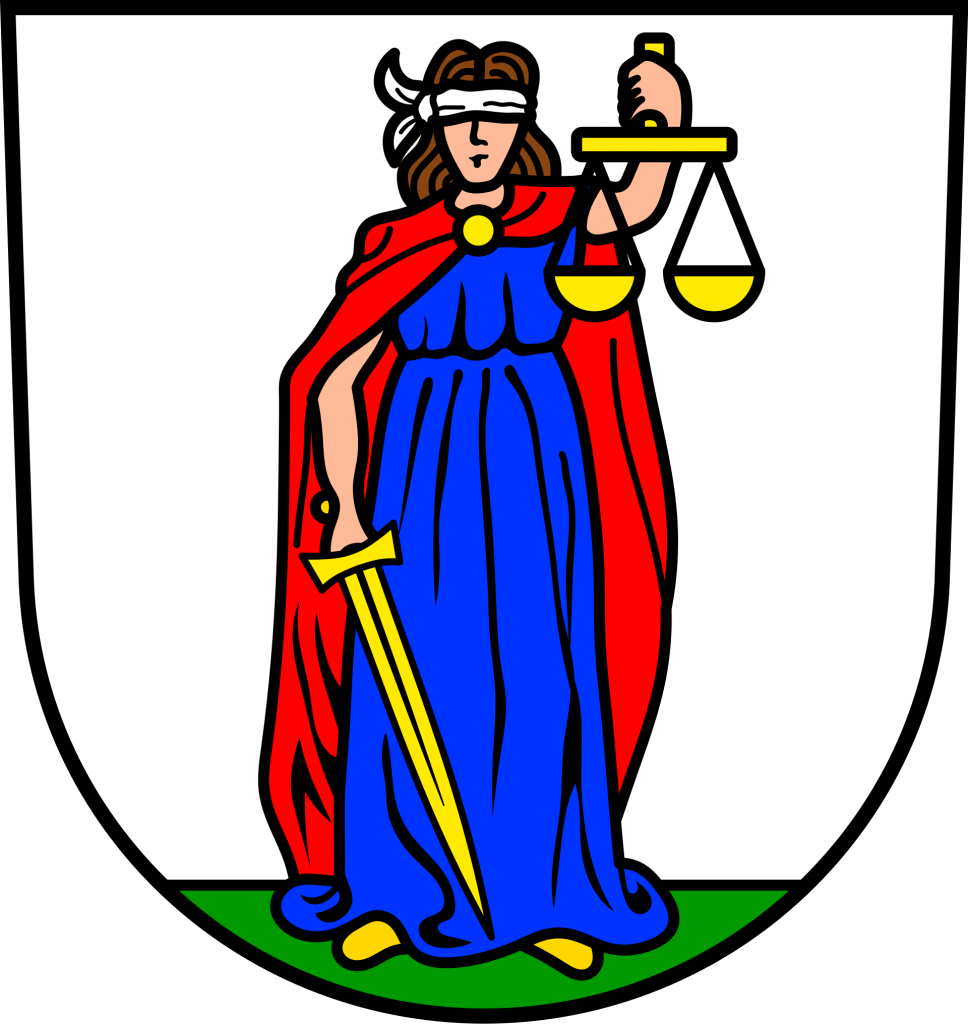 A Matter of Fair Balance

I invite you to ponder with me the relationship between religious faith and our country. We’re gathered here in church on a Sunday morning, as we contemplate and anticipate the Fourth of July celebration next Sunday. As one looks around this sanctuary, there are  American flags as well as crosses. So we here at St. Christopher’s believe that there’s a relationship. And the Pledge of Allegiance to the Flag proclaims such a relationship as we say that we are “one nation under God.”

Of course, when things are going along rather smoothly, questions about God and country might not even come up. But when a former Attorney General of the United States quoted St. Paul to justify splitting up families and incarcerating infants, toddlers, and children, then lots of questions emerged. What should be the relationship between religion and the state?

There is also idolatry that must be avoided at all costs, where folk can worship the symbols (crosses, flags, bibles) rather than the God and nation to which they point.

These are not just questions for The United States—they’re being asked and wrestled with around the globe, where some predominantly Muslim countries are being encouraged to substitute Sharia law for the law of the state. Or in Israel where the extreme religious right is often the tail that wags the dog. In India, the current government favors Hindu religion over Islam. In other places there are clashes between religious groups. Which religious laws should predominate—if any at all?

Here in the US, we’re a melting pot of religions as well as various cultures and tongues. There are widely varying interpretations of Christianity. If we decide in favor of Christian guidance for the laws that govern our common life, which of those interpretations should prevail? Fundamentalism? Mainline Christianity? Roman Catholic? Or Mormonism? And within each of these groupings, we find wide varieties and variances. For example, Lutherans and Episcopalians don’t even agree on the wording and numbering of the Ten Commandments – not to mention that the commandments started off as Hebrew Laws; there’s nothing particularly “Christian” about them. Do we simply take a vote on each issue that might arise and follow the rule of the majority? And what about the losers of any such votes? Do they have any rights or recourse?

I don’t propose to resolve these very difficult questions in a short sermon. What I would like to suggest is that there are some considerations to keep in mind as we contemplate these matters—some values, if you will, that our faith brings to the table as we contemplate the relationship between civic and religious life.

I take as a starting point some words of St. Paul to the Corinthians. He was asking them to give generously to an offering that would go for the relief of the Saints in Jerusalem who were experiencing a famine. He said that “ . . . it is a question of a fair balance . . . . “[1] He was referring to the fact that the Corinthians were rather well off while their sisters and brothers in Palestine were living in poverty. The concept of “Fair Balance” is a biblical value that St. Paul calls isotes, meaning equity or evenhandedness. It’s not that everyone has the same, but rather that everyone has enough: enough food, enough clothing, shelter, security, opportunity and so on.

Another form of fair balance involves justice. Think of the image of Lady Justice—blind-folded to suggest that the administration of justice should be without prejudice or bias. She’s holding a scale, indicating that justice is to be dealt out evenly to all. Justice is obviously a prominent biblical theme. Amos’ famous declaration: “Let justice roll down like waters, and righteousness like an ever-flowing stream.”[2] Or Micah:

He has told you, O mortal, what is good;
and what does the Lord require of you
but to do justice, and to love kindness,
and to walk humbly with your God?[3]

So the law, and the administration of justice, is to be mitigated with kindness and mercy. No one expresses it better than William Shakespeare in The Merchant of Venice:

The quality of mercy is not strained;

It droppeth as the gentle rain from heaven

Upon the place beneath. It is twice blest;

It blesseth him that gives and him that takes:

‘T is mightiest in the mightiest; it becomes

The throned monarch better than his crown:

His sceptre shows the force of temporal power,

The attribute to awe and majesty,

Wherein doth sit the dread and fear of kings;

But mercy is above this sceptred sway;

It is enthronèd in the hearts of kings,

It is an attribute to God himself;

Though justice be thy plea, consider this,

That, in the course of justice, none of us

Should see salvation: we do pray for mercy;

And that same prayer doth teach us all to render

Micah also reminds us to be humble. “Walk humbly with your God.” There’s nothing more dangerous than absolute certainty. No nation, no people, no state, no laws are perfect, and we Christians realize that we’ve been wrong before. We were wrong that the earth was flat, that the sun revolved around the earth, that we were created in perfection, that the Crusades were right and just. Many good Christians (some of them Anglicans even) wrote a Constitution with slavery enshrined in it. Just because something is the law does not automatically make it right. Some of us in this room can remember the battles against Jim Crow and legal discrimination. There are powerful forms of injustice embedded in our laws to this day. Humility and the related value of “hesitation to be too certain of our righteousness” are important and useful in community life.

Another value featured prominently in both the Old and New Testaments is hospitality—hospitality to the foreigner, the stranger, the alien. The Torah regularly reminded the Hebrews that they were once slaves and strangers in Egypt, and so they were to be vigilant to welcome those who would sojourn among them. Jesus was clear that those who welcomed the stranger welcomed him: welcomed the very image and being of God.

A definition of democracy I learned in Junior High School was this: “Democracy is the rule of the majority with respect for the rights of the minority.” There may well be far better and more accurate definitions—but the idea of “respect for the rights of the minority” should never be lost. When that pillar of democracy wobbles, the whole structure is in danger of collapse into some form of totalitarianism.

I don’t think that it was an accident that when we American Episcopalians last revised The Book of Common Prayer, we made one plank of the baptismal covenant the promise to respect the dignity of every human being. And I might add, without regard for whether they are in the majority or the minority.

And so we Christians, as we ponder our country, bring to our reflection these values.

The question of whether we should be a Christian, Moslem, Jewish or other religious state should be an obvious “NO.” The state should never be the monitor nor the enforcer of religious doctrine or orthodoxy. At her best our country will exhibit those values that are commonly held by what is best in all of the world’s great religions—and even by many non-believers who are ethical people of good will.

As we approach our national day of Independence this Fourth of July, I’m reminded of the words of the old folk singer Utah Phillips who used to say, “Love of country always; love of government when it deserves it.” And I might add, “An insistence that we live up to our most deeply held values—not just giving them lip service but working tirelessly to see them become the reality for all.